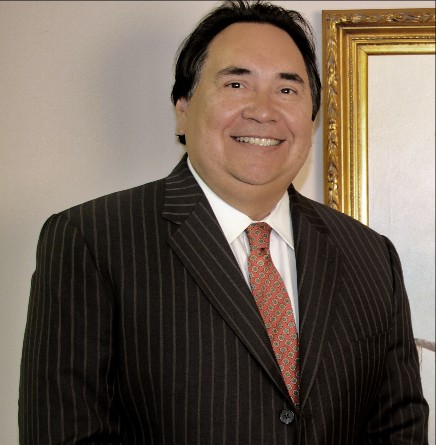 While at the Department of Interior, Mr. Anderson provided counseling and policy advice on matters including: land into trust matters, gaming compact issues; litigation support in hunting and fishing rights cases including the favorable result by the United States Supreme Court in Minnesota v. Mille Lacs Band of Chippewa Indians; chaired the Self Governance Negotiated Rulemaking Committee and co-chaired the Self Determination (“638”) Negotiated Rulemaking Committee. Mr. Anderson has testified before Congress over two dozen times. Prior to joining the Administration he served as Executive Director of the National Congress of American Indians. He has also served as General Counsel to the United States Senate Committee on Indian Affairs, Special Committee on Investigations.

In 2009, Mr. Anderson was named by Global Gaming Business Magazine as one of the "Ten Most Influential People in Gaming." A specialist in tribal land recovery and the federal recognition process, Mr. Anderson routinely speaks at national gaming conferences, and he has been written about in Global Gaming Business Magazine, Law360, Tribal Government Gaming Magazine, Los Angeles Times and Indian Country Today. Mr. Anderson has also appeared on C-Span and CNN.

Mr. Anderson received his J.D. from Georgetown University Law Center and has served on the adjunct faculty at American University where he taught Native American Policy. He is a member of the Muscogee (Creek) Nation. He is a direct descendent of Samuel Checote, principal Chief of the Creek Nation who served from 1867-1875. He is licensed to practice in Washington, D.C. and Colorado.